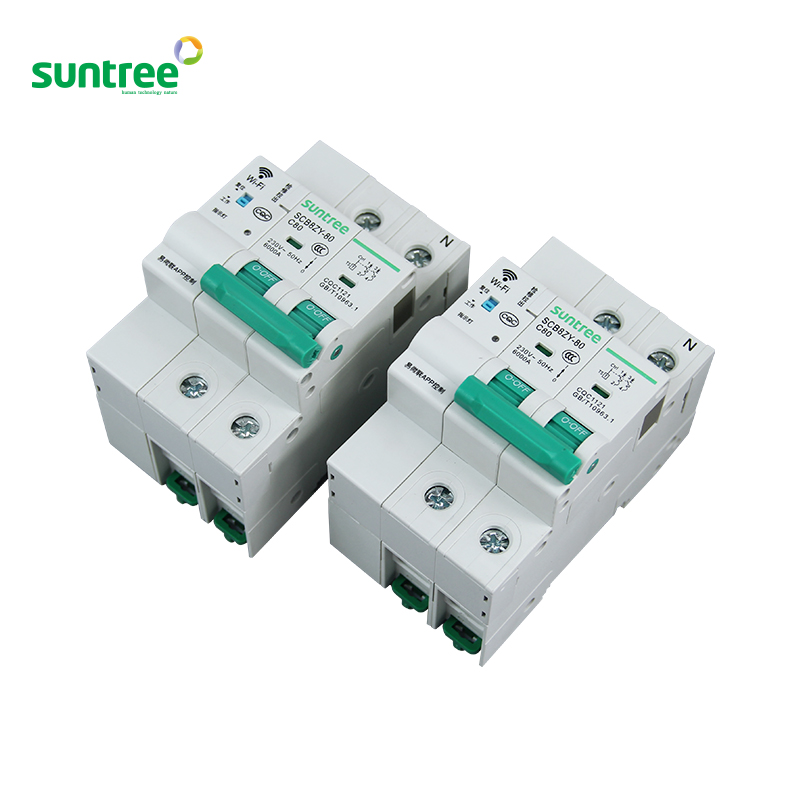 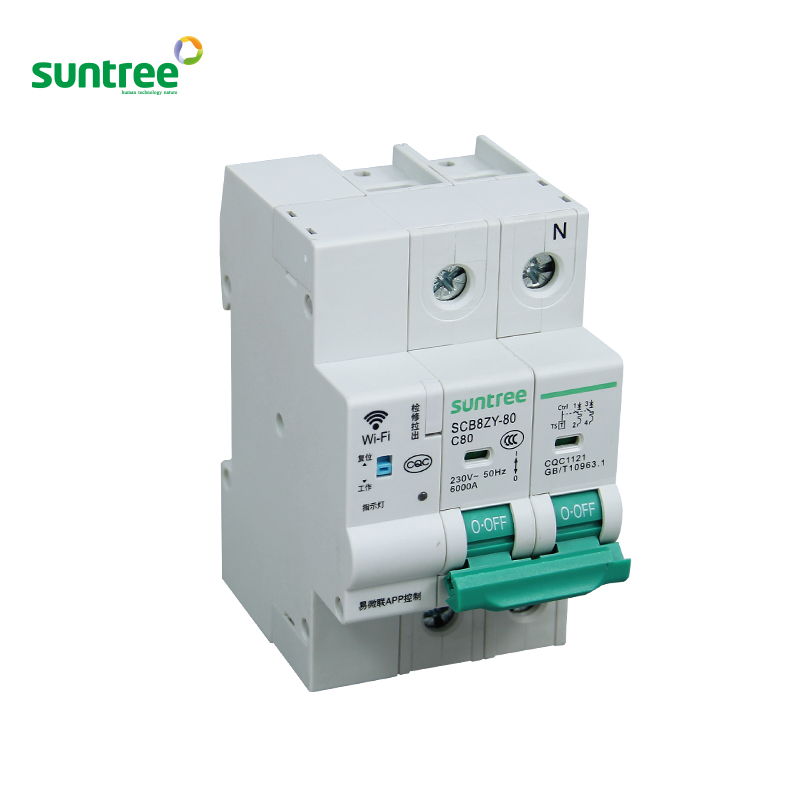 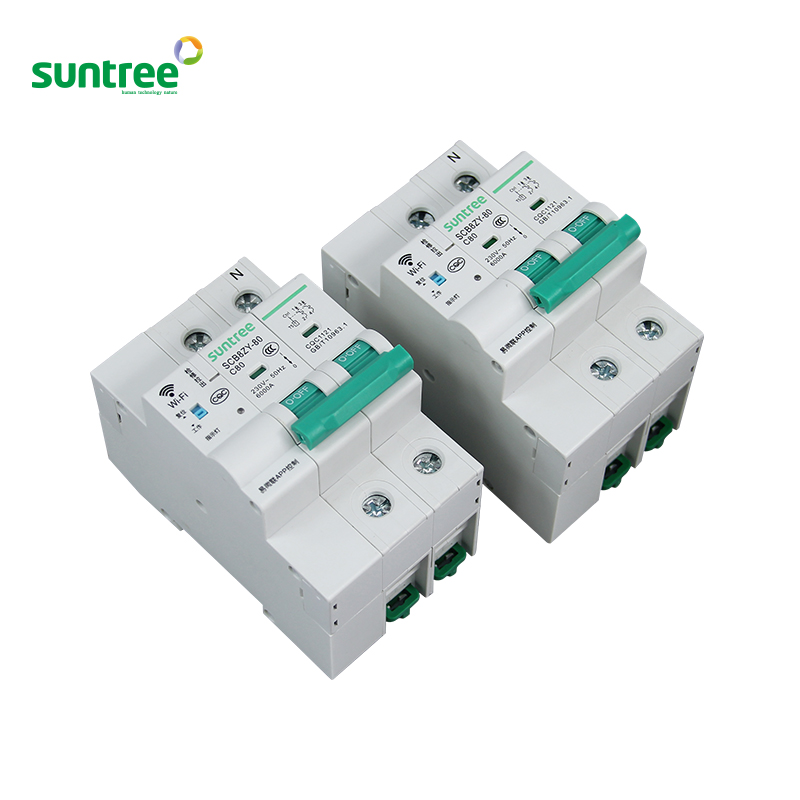 SC8ZY-80 series intelligent circuit breakers are mainly used in the power distribution lines with rated working voltage of DC48V or AC220V,which can bear and cut off normal current and bear fault current within a period of time,thus can protect the equipment and lines. This product is integrated into the new generation of Internet of things communication technology, with remote operation function, can realize remote control, remote signal, remote adjustment, telemetry, pre-alarm, fault alarm, trip notification function.Nowadays it is more and more popular controlle this breaker by wifi, GPRS,also it is widely used in communication station like 5G base station.


Suntree built in 2007 year by Owen. The factory located in ˇ°Electricity Capitalˇ± liushi town wenzhou city. Since?its?inception,?Suntree?has?started to build?its?own?brand.?During 13?years,?Suntree?has?won?as?many?as?40?patents,?including?10?invention?patents.?Meanwhile, Suntree was?rated?as?state-level?high-tech?enterprises?and?technology?research?development?centers,?and?has?become?the?State?Grid?designated?suppliers. Before Suntree built, Owen worked as Technical director for Chint. Later focuse on Suntree low volrage electricl products. In 2010, Suntree successfully entered the Australian market to enter the international market. Till now, solar components occupy 30% of Australia market. Suntree takes Wenzhou as sales center, also expand markets in Sweden, Mexico, India, Australia, South Africa, Philippines,Vietnam. Set the layout around the world, especially the Swedish distributor who has 24 branches and offices in the world and is our main force in the European market.Main cooperation channel is to build distributor or work with EPC. In 2019 year, whole turnouver reach 60 million. In view of this, Suntree not only focus on technical team and QC team, but also focus on the sales team. Import/export sales center has 4 teams. Each team consist of 4-5 person. Among of them, the sale has 16 years experience. Good enough to bring the best purchasing experience and safe electrical products.Since SuntreeˇŻs inception, the proportion of technology investment increase from the initial sales of 0.3% to 5% now. Strongly support for products technological changes to bring safety to customers. Suntree set up a different technical team and project members: DC components for solar system (such as DC circuit breakers, DC isolating switch, DC surge protector , combiner boxes, etc. Meanwhile Suntree have Outstanding achievement in 1500vdc field), power distribution systems for construction industry (such as ATS, MCB, MCCB, etc.). Also after several years of research and development, Suntrees 5G / WiFi circuit breaker for the telecommunications industry has been completed, enriched the companys product line. Making Suntree the first choice of one-stop service sourcing centers for customers. To ensure that customers can use the products safely, we have invested in the renewal of testing equipment for each series of products, which is from basic performance testing to environmental testing, from the first inspection to factory sampling inspection, one by one in place. So as to have a good idea of each batch of products according to the actual situation of customers. The corresponding environmental testing ensures that the product is qualified to enter the market. The development of enterprises is inseparable from the support of employees and society. In addition to pursuing excellent product quality, the company has been adhering to the corporate culture of working happily and living conscientiously, and carrying out various recreational activities, so as to increase the invisible affinity between enterprises and employees, actively carry out social public welfare undertakings and assume due responsibility for the society. More+